"During this Sunday's sermon, I misspoke, not once, but twice!

First, I made a reference to a king who had been told by a prophet of God that he would die but then after praying and repenting God changed the prophecy and extended his life by 15 years. In the sermon I said this was Jehoshaphat, actually, it was Hezekiah. You can read about this in 2 Kings 20.

Secondly, while talking about Judas I said that the Scripture does not tell us the exact moment of when Jesus was made aware that Judas would betray Him. I hinted at the possibility that Jesus may have become aware of this during their meal together. But, in John 6:64 we read that Jesus knew who would betray Him from the beginning.

I confess to having misspoken about the timing of when Jesus knew Judas would betray Him. I got the timing wrong, but I do still believe Judas had a choice in the matter. As I pointed out on Sunday, there is a significant gap in time between when Satan prompted Judas to betray Jesus, and when Satan actually entered into him. The point is, Judas could have confessed what was in his heart, but he did not. God knows everything, meaning He knows what we will do, but just because He knows what we will do does not mean He is forcing us to do it. He has given us the freedom to do His will, or to reject His will, just think about the garden of Eden.

Two separate people approached me after the service and pointed these mistakes out to me. This actually caused me to rejoice, you are being Bereans! I've said many times from the pulpit, don't just take my word for it, dig into the Scriptures, and you are doing just that! I am grateful to pastor a church where people take God's word seriously!" 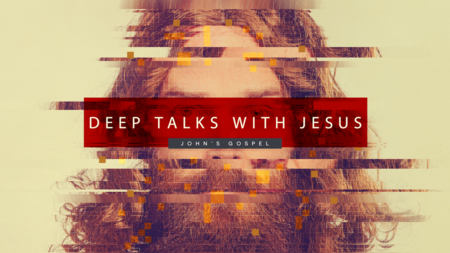 Subscribe to receive email updates with the latest news.

Please join us on Sunday!

Plan Your Visit
powered by